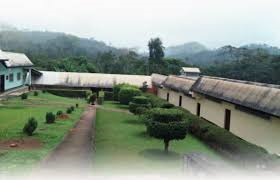 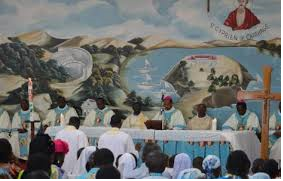 Founded by the Congregation of the Immaculate Heart of Mary (Missionaries of Scheut) for the formation of its members, the St. Cyprian Theological Seminary welcomed, from the beginning of the 1980 academic year, religious members of other Congregations or Institutes. With regard to the teaching staff, it should be noted that, from the beginning, there were already non-cicm professors who were working as temporary professors.

It is also worth recalling that the St. Cyprian Theological Seminary was intended to be an institution for the formation of young clerical missionary clergy. 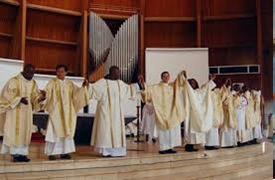 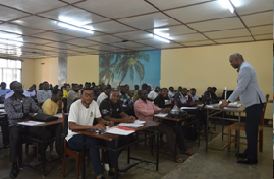 The change was beneficial for the School. In the long term, it allowed him to open himself up without difficulty to the idea of a possible “Consortium”. The St. Cyprian Theological School attracted a growing number of clerical religious students, waiting to welcome religious sisters or candidates as free students.  However, the cicm General Council considered that the time had come to launch the idea of a “Consortium” which would enable several Congregations or missionary Institutes to take joint and several responsibility for the School, both financially and in terms of administrative staff and teachers.

New Statutes were adopted for only one year.  The year 1986 was used to arrive at definitive Statutes, acceptable under Cameroonian canon law and civil law.  On December 26, 1986, a Constituent General Assembly established the Association of the school of Saint Cyprian and approved its Statutes1. The Inter-Institute Theological School of St. Cyprian became the St. Cyprian Theological School.

It should be noted that seven other Institutes joined the three «founding» Institutes: the Missionaries Sons of the Immaculate Heart of Mary (cmf), the Xaverian Missionaries (sx), the Missionaries of the Holy Apostles (msa), the Catholic Apostolate Society (sac), the Piarists (sch. p.), the Spiritans (cssp), and the Salesians (sdb).

And it is in this serious Theological School that our young members do their four years of Theology. 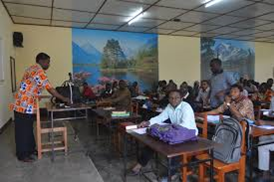 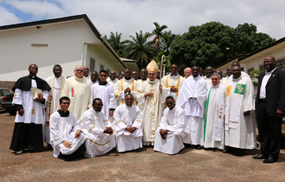